I read a case report about a 60 year-old man who’s medical history included high blood pressure, high cholesterol, diabetes, obesity, and carotid artery disease. He was also a heavy smoker.  He went to see his eye doctor because he was having short periods (5 minutes) of seeing strange lights and colors in his left eye, which always occurred after he had eaten a large meal.  The symptoms did not occur when he ate smaller portions.

The doctors diagnosed him with postprandial (after meals) transient vision loss due to mesenteric steal.  Normally when we eat,  a lot of blood is diverted to our stomach and intestines to help with digestion, but a healthy heart and blood vessels can compensate for that (this reminds me of being a kid and having to wait 30 minutes before going swimming).  However, with this person, because of his poor cardiovascular health, sufficient blood was not able to reach his head (and eyes), which resulted in the short-term visual distortions.

It was a great day at the Morrisville Little League baseball fields last Saturday as I watched the “Normandy Opticals” take on Bristol. I was honored (and a little nervous) to throw out the first pitch. Great bunch of kids and coaches. 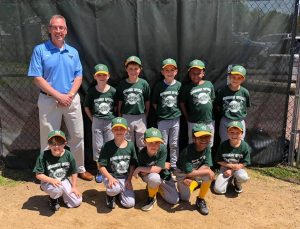 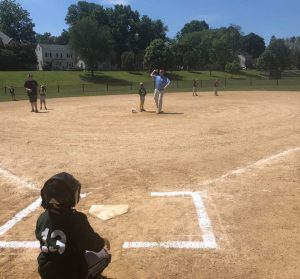 This has been talked about for years, but Acuvue just released a new and exciting contact lens called Oasys with Transitions. These contacts change from light to dark when going outside, and vice versa. The technology has been around for decades with glasses, and finally, now, with contacts.

Here are the nuts and bolts:  It is a 2 week disposable contact lens, just like regular Oasys.  According to Acuvue, they take about 30 seconds to activate outside and about 90 seconds to turn back to clear once inside.  Also, they filter roughly 70% of sunlight outdoors.  Below are the contacts on my daughter’s eyes- before and after.  If you are as intrigued as I am, let me know if you want to try them out. 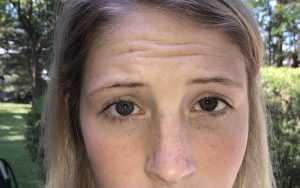 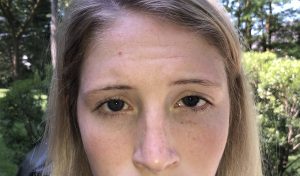