Ocular melanoma is an extremely rare form of cancer, usually found in just six of every one million people. But it has been identified in a group of 18 patients in Huntersville, North Carolina, and in a second group in Auburn, Alabama, some of whom were friends who’d attended Auburn University together.

Juleigh Green was diagnosed first at age 27.  Her doctor said “There’s something there, I don’t know what it is, but it looks like it could be a tumor.”  In 2001, her college friend Allison Allred, 31 at the time reported seeing some mild flashes of light.  A doctor told her she had a detached retina, but then, “He said, ‘Well, it’s detached because there’s a 10-millimeter melanoma sitting on it.'”

Both women had to have an eye removed.  Then, in 2012, their friend Ashley McCrary found black spots in her iris.  It was the same rare cancer.  Strange enough that she mentioned it to Dr. Marlana Orloff, the oncologist treating her at Thomas Jefferson University in Philadelphia.  “Most people don’t know anyone with this disease,” said Dr. Orloff. “We said, ‘OK, these girls were in this location, they were all definitively diagnosed with this very rare cancer – what’s going on?'”

After spreading the word and coverage by the local media, the women have heard about 36 potential ocular melanoma cases in people who went to or worked at Auburn University, although those cases still need to be confirmed, McCrary said. Of the 36 potential cases at Auburn, 19 are in women and 17 are in men, and only six of the women lived on campus.

“Look, at the end of the day, could it all be coincidence? Of course,” Orloff said, “But just knowing this disease, and knowing that most people don’t know someone with this disease, let alone a number of your college roommates or a number of girls you went to high school with, just seems very odd.”

And as a personal note just to put into perspective how rare these are,  I have seen one of these in my 23 years of seeing patients.  At an incidence of 6/1,000,000, it will be over 90 years until I see another one!

I was going to include more eye related news in this section, but I’m a sucker for these kinds of things.

-Why does “slow down” and “slow up” mean the same thing?

-Why does “fat chance” and “slim chance” mean the same thing?

-Why is it called “after dark” when it really is “after light”?

-Why do you press harder on the buttons of a remote control when you know the batteries are dead?  (This happens all the time in our house).

I am excited to have a new line of womens’ frames from Marie Claire.  The colors are unlike anything I’ve seen and they are reasonably priced.  Thanks to my daughter who so willingly modeled a few different frames. 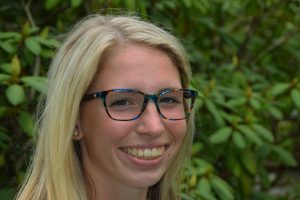 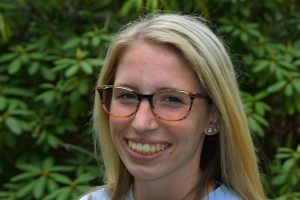